Would anyone like Colin’s peanut butter toast? Apparently, it was too crispy. As he refused it, he told me, “This is not my way.” 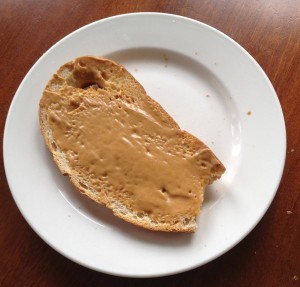 I told Colin that he could eat it “my way” or make his own.

And then Erin was no help. She told Colin that I left the bread in the toaster too long. I made her help Colin make his new toast.

P.S., Ziggy the Dog told me it was the best peanut butter toast he’d ever had.