I was cleaning up my phone the other day—sorting through and deleting unneeded notes and photos—when I came across a picture of a dog that I had never seen before. In fact, there were five pictures of said dog. So I showed my husband the photos:

Me: “Do you know this dog?”
Dan: “No clue.”
Me: “So you didn’t take these pictures?”
Dan: ‘Nooooo. Didn’t you? Or did someone else take them?”
Me: “No clue. I can’t figure out who this dog is.”
Dan: “When was the photo taken?”
Me: “Looks like it was after you came home from Arizona, but before my sister’s birthday.”
Dan: “That’s a pretty narrow window. Oh, you had that wine night with your friends.”
Me: “… Nevermind. I remember the dog.”
Dan: “Who’s the dog?”
Me: “Nicole’s dog. Huh. I guess now we know how much wine I had to drink that night.” 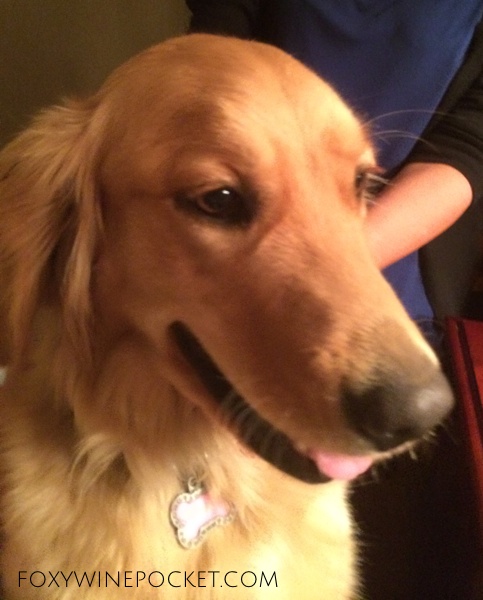 Isn’t she cute? It’s my friend’s dog. Be careful: she steals pizza.

While cleaning out my phone, I also came across a bunch of haiku that I had written during Suburban Haiku’s Twitter Haiku contest. Remember that? I couldn’t stop haiku-ing. And then I kept haiku-ing.

Apparently some of that haiku got lost on my phone. Some of them were so bad, they actually deserved to stay hidden. But I thought I’d share them with you anyhow. Because I needed something to write about love you.

A few of them, I meant to send to Peyton Price, Ms. Suburban Haiku herself, during the actual contest.

One was an ode to my trip to Las Vegas with my girlfriends.

One, of course, was a love letter to  a random mother-in-law:

One was kind of random. I’m really not sure where it came from. Maybe I just wanted to use the word, “oxymoron.”

Of course, I challenged myself to answer that question. (The answer is no.)

(And you thought I could only be funny.)

As I was sorting through the hidden haiku, working with my kids to get their damn homework done, finishing up all of the year-end volunteer projects, and rearranging my schedule to attend all the “special” end-of-the-school-year days that require me to be at the school itself, I was conversing with my friend Ashley at Big Top Family. We both agreed that May and June suck balls. So I wrote her this haiku:

And, with that, I wish you a happy Summer. (Even though Summer sucks.) Ours begins on Thursday. I’ll be the one wearing black.