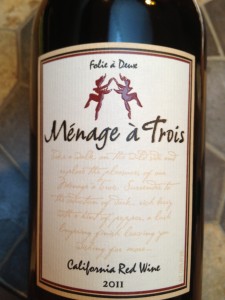 Now I can’t be certain—because I didn’t take French and all—but I’m pretty sure the instructions on this bottle of Folie à Deux Ménage à Trois say I’m supposed to have three glasses.

Me: “Colin, were you picking your nose again?”

Colin: “Uhhh, no. I was just pushing boogers out of the way.”

Recently, I was in the awkward position (pun intended—you’ll get it soon) of not wanting to tell the Urgent Care doctor exactly how I injured myself. I mean, I wanted an accurate diagnosis and proper treatment, but how do you tell the doctor, “I was having wild sex with my husband when I dislocated my kneecap?”

Should I have told him the truth? Should I have described the exact sexual position? Should I have given him all of the details? Maybe… I don’t know. But I’m much bolder in print. It’s much harder to say these things to a person’s face. So I wimped out, and I LIED.

Well, maybe I stretched the truth a bit. I told him that I was crawling around on the floor (somewhat true), cleaning up after a party (well, there was a sort of party going on), and dislocated my kneecap when I abruptly changed positions (absolutely true).

I’m not sure he bought it though. The doctor listened to my story, squinted his eyes at me, and said, “Must have been some party.”

To make matters worse, I ran into my friend’s (extremely conservative) husband on my way out of the Urgent Care Center. He spied my limp and the knee brace and asked me about my injury. I couldn’t even bring myself to continue the lie I had told the doctor so I just muttered something about falling down the stairs. Which, in all honesty, happens more often than I’d care to admit.

Then, when I got home, I had to answer to my children. Unfortunately, they weren’t satisfied with my simple explanation of falling down the stairs. They asked multiple questions. They forced me to craft a fictitious account in excruciating detail. They made me act out the whole fake accident in slow motion.

I had become a lying liar who lies—with both words and actions.

When I texted my best friend about this later, she found the whole situation absolutely hilarious. (Bitch.) And she might have made fun of me a little. (A lot.) Clearly, she had no idea what kind of pain I was in. Not to mention that I didn’t get to finish, well, you know… Dislocating your kneecap has a way of ending all fun—very suddenly.

She then sent me this little snippet from Wikipedia: “Patellar dislocations occur with significant regularity, particular[ly] with young female athletes.”

It’s highly probable that she was still making fun of me, but I choose to view that excerpt as a gift. She had just given me my new lie.

Should this ever happen again, I plan to look the doctor directly in the eye and say, “Oh, you know. I’m an athlete—I did this during training.” Notice I left out the “young” part—there’s no way he would buy that one.

But, friends, here’s the God’s honest truth: it’s all fun and games … until you dislocate your patella.

In other news, I just used a Sharpie to cover my grey roots. I went shopping for Father’s Day and didn’t find anything for Dan. I did, however, pick up a cute pair of shoes for myself. I think a happy wife is a fabulous Father’s Day gift, don’t you?

I read a lot of books. Actually, that might be a bit of an understatement. I’m an insatiable reader and frequently spend my time reading when I should be sleeping or cleaning or exercising or playing with the kids or something more productive. Whatever. I’m not too picky either—I enjoy all genres: crime, historical fiction, memoirs, literary fiction, chick lit, non-fiction, young adult, you name it. I’d like to think I’m a professional reader. (Because that sounds better than professional avoider.)

Recently a friend suggested I read Bared to You. I was currently in between books so I figured I’d give it a shot. Yes, it’s a smut read along the lines of the Fifty Shades series. I guess there are a lot of desperate-housewife types out there who like to escape in a nice, juicy sex story. It’s not my favorite genre, but, hey, I’m an equal opportunity reader.

Frankly, I was disappointed with this book. Sure, the storyline was mildly entertaining and the sex scenes hot, but I had a problem with this little thing called suspension of disbelief. (Long definition here. Shorter one here. Or just read on.) Suspension of disbelief is where you look beyond the crap that just can’t happen in real life so that you can enjoy the entertainment in front of you, whether it be a book, a movie, a magic show, etc. For example, you know the magician’s bunny isn’t actually shitting multi-colored scarves, but damn, that’s just fun to watch.

So back to the book. I mean, I could get passed the ridiculous premise of a young, stunningly beautiful, New York socialite returning back to the big city because she landed a great advertising job right out of college. I could get passed the fact that she lives with her best friend who is a male model (who followed her across the country, but they’ve never hooked up) in a swanky pad that most rich people cannot afford. I could get passed the fact that she, when basically looking like crap, catches the eye of the owner of the building in which she works (he’s a late-20-something, gorgeous, ripped, gazillionaire), and they fall instantly in lust. Oh, did I mention that she used to date a rock star who wrote a song about her? And that she is still red-carpet ready after getting down with her guy in the limo? But, whatever, I was totally fine with the whole redonkulous, fantasy-land storyline. That wasn’t the problem.

You might say, “I don’t know, Foxy. You do those sorts of things when you’re courting—when you’re trying to land your beautiful, tortured, rich guy.” And, yes, I will give you that. There are things you do early on in the relationship, but that doesn’t necessary mean that they are your very favorite things. But Eva, AKA Miss Blowjob, drools just thinking about Gideon’s penis—every part and texture and taste. Holy cow, she’s got nouns and adjectives for everything penis related. Really. She gets off on the whole thing. And, while most of us who still perform this favor from time to time try to figure out a way to transition to a different position before you-know-what happens, Eva greedily gulps that shit down. Doesn’t even gag. Or use a mint to help drown out the nasty taste. Nope. I’m sorry. That just doesn’t happen. Totally and completely unbelievable. 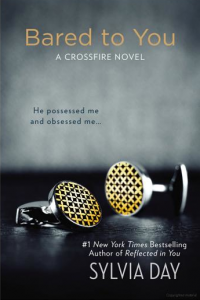 I’m cleaning up the kitchen this afternoon. And by that I mean I’m finishing up the open bottle of wine. Because, cleaning.

This week was “Graduation Week” at a bunch of local schools. My kids aren’t graduating from any milestone grade this year, but I still tear up when I see any of my friends’ kids graduate. It’s such a sweet achievement.

At every graduation “ceremony,” in order to prevent the waterworks from ruining my mascara, I think back to Colin’s pre-school graduation a couple of years ago.

After his pre-school class sang several sweet songs with their cute little graduation hats on, the teacher was getting ready to hand out diplomas. She picked one up and said, “And, now, what you’ve all been waiting for…”

Colin, without missing a beat, shouted out, “Cookies and juice!” 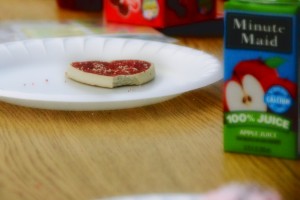 “broken heart” by Bill Selak is licensed under CC BY 2.0

Erin describing The Hunger Games to Colin: “It’s like Dancing with the Stars. Except there are no couples. And a bunch of people can die on the same day.”

I think she nailed it. Don’t you?

Dan (heading to the bank): “Do you need any money?”

Me: “Nah, I raided your wallet this morning.”