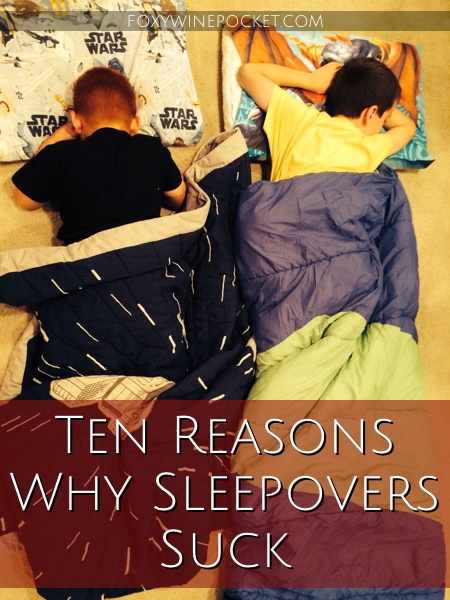 Your kids are getting older, and bedtime battles are a thing of the past (maybe). The small people go to bed willingly and actually sleep through the night (mostly). You’re just starting to enjoy regular REM cycles and solid stretches of sleep and feel almost human again (barely).

And then you decide to fuck it all up.

Who the hell invented sleepovers? Parents can barely survive the night with their own kids, why should they take in more?

Nonetheless, you are having a sleepover with four kids, your younger son and your older daughter and two friends (even though something deep down is telling you that this is a terrible idea). The evening will start out great because you will serve pizza and ice cream—classic sleep-over food.

All four kids will then spend the evening playing cards and Apples to Apples and watching Frozen (because that brand of torture never ends).

By 9:30 p.m. you will get them started on their bedtime routine (i.e., you will force them to floss and brush their teeth and change into clothes that aren’t covered in chocolate sauce and ice cream).

By 10:00 p.m. the kids will be downstairs with their sleeping bags ready for a campout.

And here are 10 reasons why the night will go horribly wrong.

And the moral of the story? Put off sleepovers as long as you can. Or, better yet, ban them altogether. Because, let’s face it, nobody sleeps during a sleepover. Nobody. 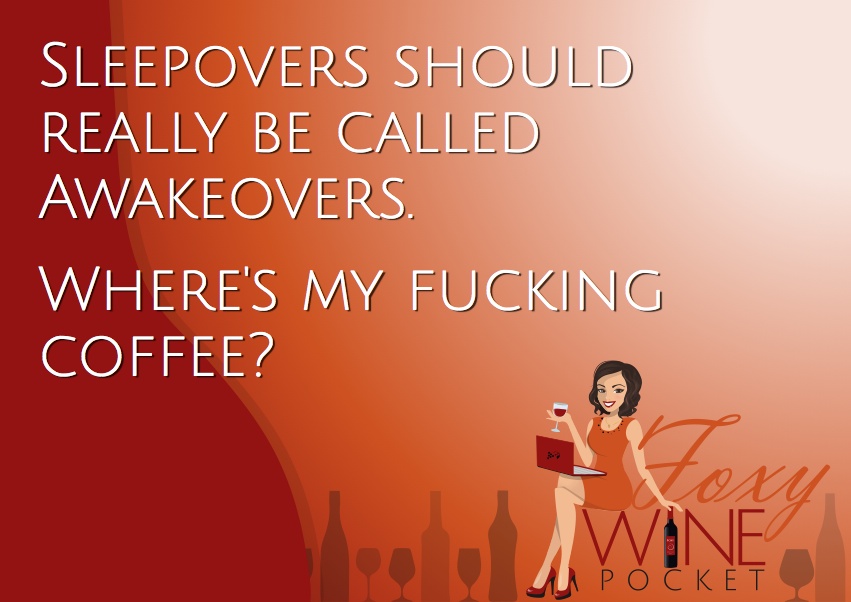