Wait…have you read about Day 1 yet? Go do that first.

Waking up in Las Vegas on Day 2 was a bitch. A BITCH. Most of us woke up really fucking early because we’re used to kids waking us up early, and we no longer know how to sleep in. I woke up because I needed water. But sleeping in would have been helpful in Vegas.

That morning, we sat on the couches drinking coffee and eating homemade banana bread (yes, I brought that with me in my carry-on). And we spent a good part of the morning discussing skincare products and what people use on their faces for lines, wrinkles, sun spots, etc. THIS IS 40, PEOPLE.

As we reviewed the itinerary for the day, one of my friends lamented that she wanted a better dress for that night’s festivities. So we headed down to the shopping area to look for dresses. I wasn’t in the market for a new dress, but I happily accompanied her to Rent the Runway. I sat on a comfortable couch, critiqued each of my friend’s dresses, and drank complimentary champagne. 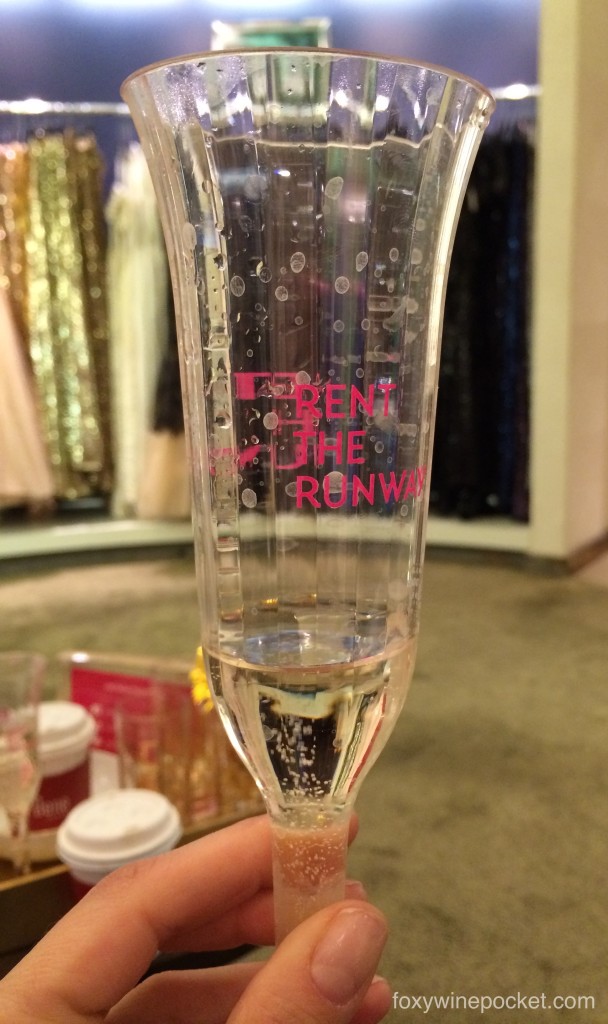 Notice that there is still plenty of coffee in the picture. Also, I’ve been confined to the house for the past several weeks so didn’t get a manicure.

It took some time (although I was in no hurry and frankly my knees were killing me from all of the stairs from the night before), but my friend finally found a fabulous dress. She looked spectacular, and I was highly entertained, comfy, caffeinated, and slightly buzzed.

At one point I may have even texted a picture of my GIANT FOREHEAD WRINKLE to my friends who weren’t in Vegas.

Ain’t no skin care product around that is going to take care of that puppy. And I eat pigs; I don’t inject them into my face.

After a lovely lunch, the rest of the girls went to the hotel spa for massages and skin treatments. Again, I opted for a nap. It was a really good nap, too—complete with pillow drool. (No sex dreams about Jason Bateman though. I guess a girl really can’t have it all.)

When I woke up, it was time to shower and head out to get our make-up done. I can’t resist a professional make-up application every once in a while. And this was Vegas so I needed over-the-top Vegas Eyes. The make-up artist did a fabulous job; my eyes were sparkly, dramatic, and somewhat whore-ish. Perfect for a night on the strip.

Vegas Eyes: They’re watching you. Okay, I guess these aren’t because they’re closed. But that was a fun reference to the song, “Private Eyes.” And now I’m going to be singing that song all day. Won’t you join me?

Except we didn’t go on the strip. We didn’t actually leave the hotel. Once we were all dolled up, we headed out to dinner at a fabulous steak house, which was located in our hotel. We all indulged on wine, appetizers, and incredible entrées. (I had a petite filet with crab and asparagus. Heaven.) And we ordered one of each dessert. In honor of the birthday girls, of course. Not because we’re gluttonous, indulgent pigs.

We spent a couple of lovely hours at dinner (sitting and eating are two of my favorite things), and then we had to make some decisions about what to do next. Half of the group opted to go to the hotel bar for pre-dancing drinks. The other half opted to take power naps prior to staying up WAY passed our bedtimes. Guess which half I was in?

If you didn’t say “power nap,” then we may need to rethink this relationship.

The amazing part is that us power-nappers actually got up at 11:30 p.m. to rejoin the group. (The only thing more amazing is that my Vegas Eyes remained intact.) We all met up at a new club in the hotel. Some club promoter (I’ll call him, “<VERBALJAZZHANDS>Guy Vegas</VERBALJAZZHANDS>”) promised us complimentary table service for the next show. He got us into the club with free drink coupons, but then he disappeared. Fucker. So there we all were standing in the club, trying to get to our promised table (I’m 40. I need to sit.), and furiously texting Guy Vegas to see where the hell he went.

He never did reappear, and we all stood there watching the show. Even the free drinks didn’t help our feet and knees. It was a good Vegas show though—music, freakish performers, acrobats, strippers, dancers. It just would have been more enjoyable SITTING DOWN. (Yes, I am well aware that I sound about 80.)

After the show ended, the dancing began. And then another decision. The power nappers blew that joint and went to bed (but not before spending about an hour chiseling make-up off of my face). The party goers stayed out until 4:00 in the morning. I vaguely remember them coming back to the suite. It’s possible I mumbled something incoherent before covering my face with a pillow and passing out again.