In this family, we are not giver-uppers for Lent. (Unless you’re talking about exercise programs or diets—then we totally are.) For Lent, I encourage my kids to do something extra, like help a family member, do something thoughtful for a friend, be nicer to a sibling, reach out to others, etc. Part of this stance is because I think doing something extra is more meaningful. Part of it is because I can’t be bothered to give up bacon on Fridays (or any day for that matter).

My daughter Erin totally gets this concept just fine. My son Colin—not so much. He’s still in that Black & White mode of being young (he’s 8), and that’s fine. Recently, he brought this Lent worksheet home from school. 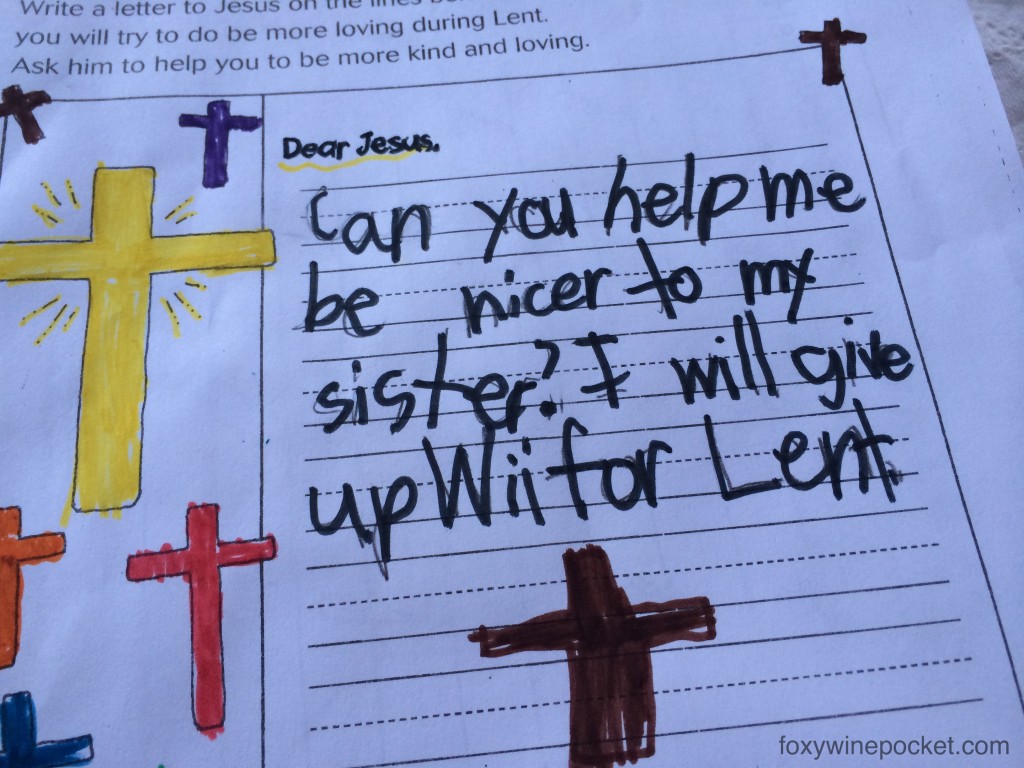 When you read this, my son seems so sweet and genuine, and you think maybe he’s getting a handle on this Lent thing. And then you realize that his favorite video game is on the Xbox so giving up the Wii isn’t that big of a deal. He may only be 8, but he’s totally winning at Lent.