This post was part of my Blogapalooza First Blogiversary series. I celebrated my blog being around a whole year by giving away presents and sharing stories of my “firsts” in life. The prizes may be gone, but you can still enjoy the stories. (And I’ll give away more prizes soon, I promise.)

My first car, a pale yellow Datson B210 (with orange and brown stripes running down the sides), was a deathtrap on wheels. It was basically a drivable garbage can. The car had been my father’s pride and joy when he got it in the 70s (probably because it was “the most economical Datsun”), but by the time it got to me—six drivers and 15+ years later—it was a lot worse for the wear.

That worn-down, ugly, piece-of-shit car had more things wrong with it than right. In addition to garbage left from my 5 older siblings, its list of faults included:

But perhaps my favorite “quirk” about that car:

This was the curse of being the youngest child, I suppose. Begging for leftovers and scraps. Still, I drove that car around with (fake) pride. Mostly because it was better than taking the bus. I held my head high as I drove into the parking lot of my Catholic, all-girls, high school and parked beside the Mercedes, the BMWs, the pristine vintage mustang, and the VW convertibles. Some of them even had personalized license plates. (My personal favorite was “MFB.” Think about that one for a moment. Poor Martha…)

But dammit if that car didn’t get me from point A to point B. Mostly safely. And it taught me a lesson or two. I’m still trying to figure out what those are, but I’m sure it did. Some possibilities: You need to develop a thick skin to survive in this day and age? It’s okay to drive a shitty car as long as you get where you need to go? A shitty car makes a good story later in life?

I’m still not sure, but I think I’ll impart that last one to my children when I give them their own shitty car to drive. Do you think they’ll buy it? 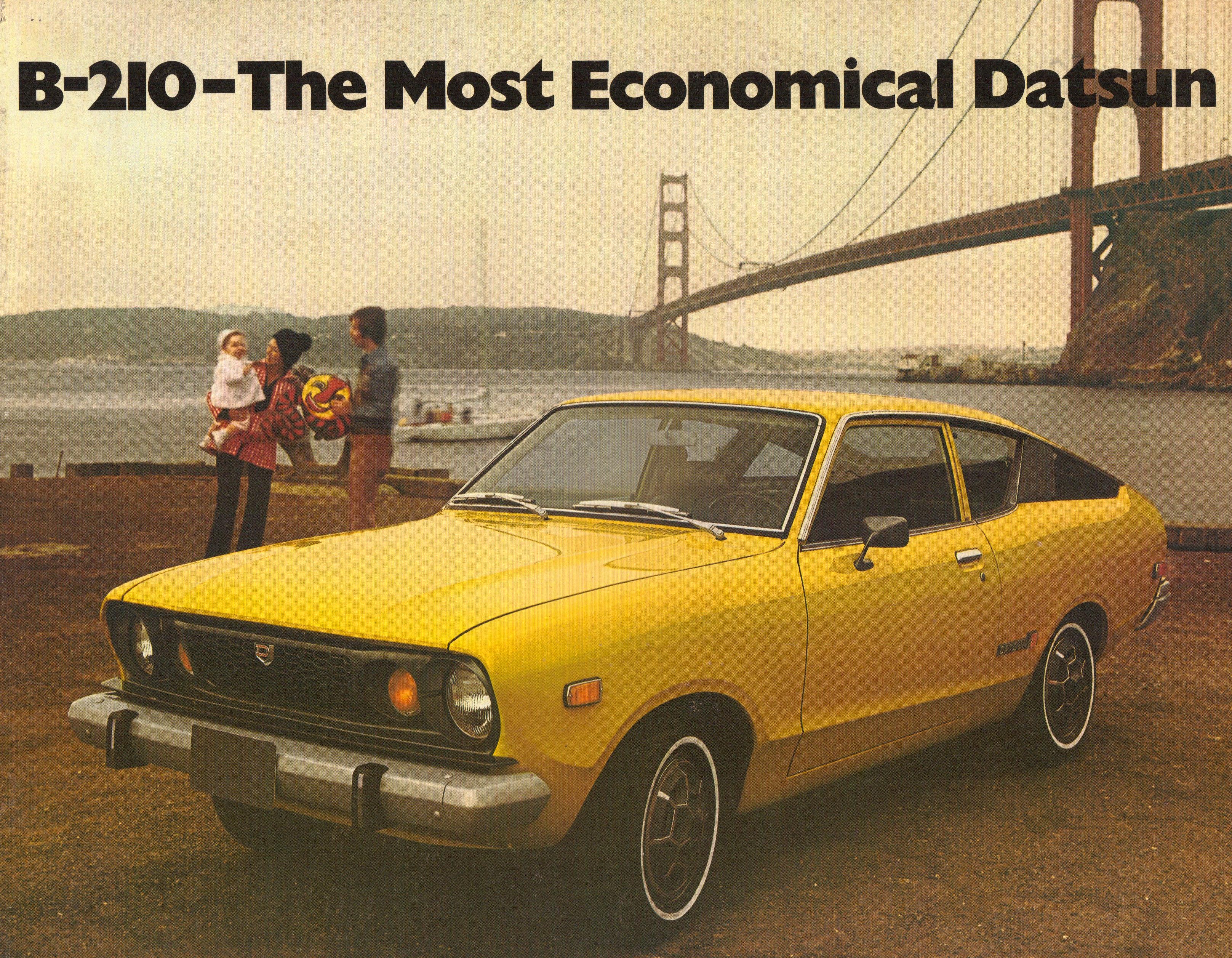 This was not my car. Or my family. They look very happy though, don’t they? Definitely not my family. “Datsun Sunny B-210 brochure cover” by JOHN LLOYD is licensed under CC BY 2.0