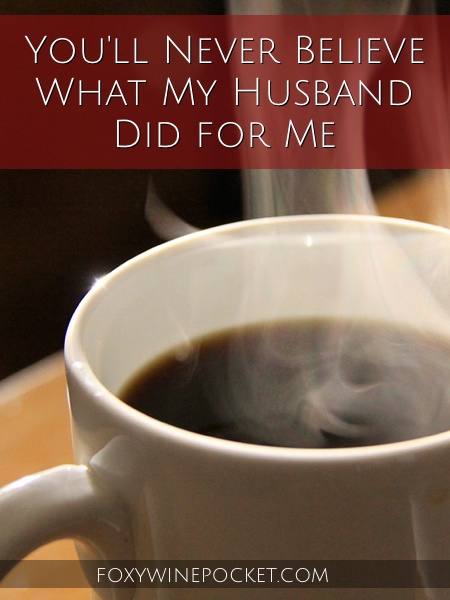 Early in our dating phase, Mr. Foxy and I went out to dinner at a fancy restaurant—one with white tablecloths instead of paper ones. I ordered a salmon dish, and he ordered a prawn dish. When our meals arrived, I looked at both and immediately had dinner envy. One bite confirmed I had made the wrong selection, but I remained silent and choked down my salmon with tears-and-regret sauce. And I only stole a few forlorn glances at his meal.

Mr. Foxy read my face (apparently I’m no poker player) and offered to switch plates with me. I knew right then and there that he was THE ONE (actually I knew it before then, but this just confirmed my good judgment.) He later admitted the salmon kind of sucked, but he ate it anyways. Because he was hoping to get lucky already loved me.

Actually, my husband does a lot of things just because he loves me. Things like:

But—by far—my favorite thing that he’s done because he loves me is… (Imagine a drum roll right now.)

See, about eleven years ago when we needed new drivers licenses, I went to get mine first. That particular day was incredibly hot and humid, and the DMV lines were long. By the time I passed my exam and was ready to be photographed, my face was a shiny, sweaty mess, and my curly hair was frizzed and standing about six inches off my head like an 80s pop star. But there are no redos at the DMV. I took home my horrendous license and cried for days (never mind that I was four months postpartum).

Mr. Foxy, being the chivalrous man that he is, surprised and delighted me with an EVEN WORSE license photo a week later—just to make me feel better. The photo resembled a dimwit’s mug shot. It was without a doubt the least flattering photograph ever taken of this man. So whenever I’d complain about having the worst DMV photo, he would pull out his license and prove me wrong. And then we would laugh until we cried at how stupid he looked.

Sadly, we no longer have these photos because the Oregon DMV made us turn them over when we got our drivers licenses there five months later. But the pictures looked a little something like this: 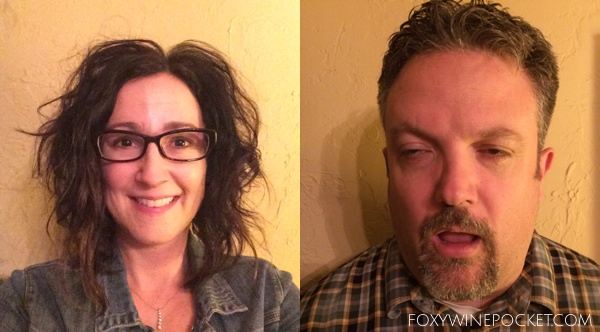 Imagine us with fewer wrinkles and gray hair. Also, I was a lot more sweaty.

And for five glorious months, someone else had a worse license photo than I. *swoon*