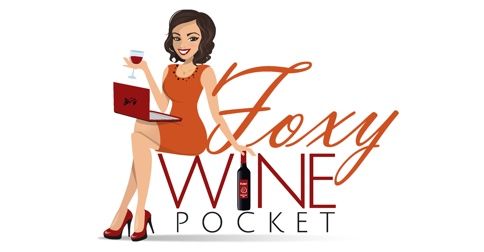 When I was in high school, one of my teachers declared her shower off-limits to her husband and children. She told the entire class that no one—NO ONE—was allowed in the shower with her.

After all, I had just been caught showering with my boyfriend at summer camp.

We were both wearing swimsuits, I swear. It wasn’t like we were naked. (Thank goodness.) When the camp manager walked in on me and my boyfriend, I played it totally cool.

“Oh … I … uh … was just fixing the shower drain. Just removing the clog,” I stammered, water dripping from my hair.

After all, I was on the camp maintenance crew—so repairing showers was in my field of expertise. Either my boss bought it or he remembered his own oversexed teenage years. Aw hell, he was a hippy. From the 60s. He probably high-fived my boyfriend after I walked passed him.

So, clearly, I was “taking showers” with company at one point in my life. But here’s the difference between the wet groping we were doing and what my teacher was talking about. With your typical shower, you’re in there to get clean. To start fresh and new. With those steamy summer camp romps, I was there to make out with my boyfriend. (And make out we did.)

I have since grown to appreciate that teacher’s reasoning. And no one is allowed in my shower anymore either. Oh, I’ve got my (hilarious) reasons. I spell these out in detail in my essay, Get the Fuck Out of My Shower, which is in the new anthology, I STILL Just Want to Pee Alone. 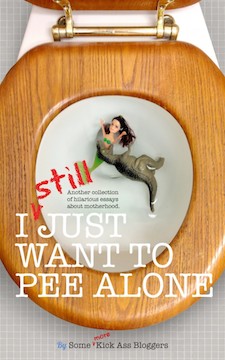 This hysterical collection of stories is a follow-up to the New York Times bestseller, “I Just Want to Pee Alone

.” It includes 40 hilarious and heartwarming essays about motherhood, and I’m honored to be included in this group of incredibly talented and hilarious writers.

Jen Mann of People I Want to Punch in the Throat
Bethany Kriger Thies of Bad Parenting Moments
Kim Bongiorno of Let Me Start By Saying
Alyson Herzig of The Shitastrophy
JD Bailey of Honest Mom
Kathryn Leehane of Foxy Wine Pocket (Oh hey. That’s me.)
Suzanne Fleet of Toulouse and Tonic
Nicole Leigh Shaw of Nicole Leigh Shaw, Tyop Aretist
Meredith Spidel of The Mom of the Year
Rebecca Gallagher of Frugalista Blog
Rita Templeton of Fighting off Frumpy
Darcy Perdu of So Then Stories
Christine Burke of Keeper of The Fruit Loops
Amy Flory of Funny Is Family
Robyn Welling of Hollow Tree Ventures
Sarah del Rio of est. 1975
Amanda Mushro of Questionable Choices in Parenting
Jennifer Hicks of Real Life Parenting
Courtney Fitzgerald of Our Small Moments
Lola Lolita of Sammiches and Psych Meds
Victoria Fedden of Wide Lawns and Narrow Minds
Keesha Beckford of Mom’s New Stage
Stacia Ellermeier of Dried-on Milk
Ashley Allen of Big Top Family
Meredith Bland of Pile of Babies
Harmony Hobbs of Modern Mommy Madness
Janel Mills of 649.133: Girls, the Care and Maintenance Of
Kim Forde of The Fordeville Diaries
Stacey Gill of One Funny Motha
Beth Caldwell of The Cult of Perfect Motherhood
Sarah Cottrell of Housewife Plus
Michelle Back of Mommy Back Talk
Tracy Sano of Tracy on the Rocks
Linda Roy of elleroy was here
Michelle Poston Combs of Rubber Shoes In Hell
Susan Lee Maccarelli of Pecked To Death By Chickens
Vicki Lesage of Life, Love, and Sarcasm in Paris
Kris Amels of Why, Mommy?
Mackenzie Cheeseman of Is there cheese in it?
Tracy DeBlois of Orange & Silver

The book is available RIGHT NOW! Go get it. (It’s okay. I’ll wait…)

But then I want to hear about your shower stance, okay? Seriously. Is anyone allowed in your shower?