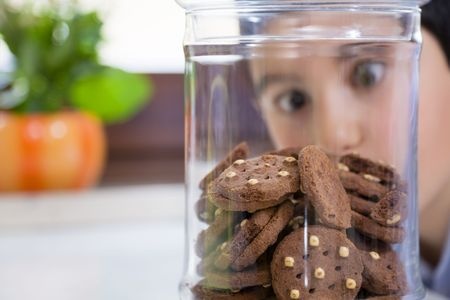 As the youngest of six kids, I was farted on a lot. At least once a week, one of my brothers would sit on my head and let one rip. Eventually, I learned to recognize the warning signs—the glint in their eyes, the snickers, the less-than-stealthy movements—and I’d scramble behind the couch before a stinky butt made contact with my face.

As you might imagine, growing up in a large family taught me a variety of survival skills. Both of our parents worked, and from 3:00 p.m. to 6:00 p.m., the house turned into an after-school-special version of Lord of the Flies. Allegiances formed and reformed, depending on the day’s battle. Duplicity and creativity were crucial in order to persevere.

I developed hiding strategies and evasive maneuvers, in addition to gas-avoidance tactics. While I was not the fastest or the strongest, I was the smallest so I could hide just about anywhere and devour the best snacks. If I wasn’t hungry, I would stash the food for later. It took expertise to effectively conceal the nacho-cheese chips. My favorite food-hiding spot was the bathroom cabinet, behind the toilet paper that nobody ever put on the roll. To think my evil plans would have been foiled with just one ounce of responsibility.

Our bathroom wars were not isolated to food and toilet paper. With eight people vying for the toilet, I was forced to pee in the sink on more than one occasion, though I figured this made me a problem solver. That tendency towards flexibility benefited me in other areas as well. There was only one coveted frozen pizza left? No problem, I’d eat it for breakfast before anyone else got their paws on it.

But life wasn’t all theft and deception. I learned the power of teamwork. With a partner, one of us could act as lookout while the other stole enough cookies for the both of us. We’d toast our victory with milk, never once considering the release of our personal gas supply as a weapon.

Now that I’m older and have children of my own, I’m grateful for these life lessons forged from strife and sibling rivalry. Especially when I hide in the closet eating dessert for breakfast.

One time the entire family walked in on me, brownies in my hand, my chin covered in chocolate crumbs. I channeled my best-actress skills and said, “Oh hey. Would you like some protein bars with spinach and tofu? They’re delicious.”

Both kids turned away in disgust, and my husband gave me a conspiratorial wink. Thank goodness he was smart enough to keep his mouth shut. He must have been afraid I’d fart on his head.