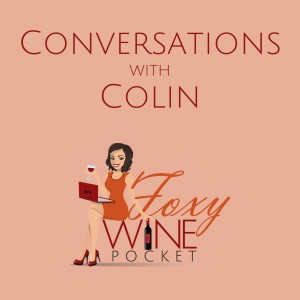 My son Colin is pretty damn smart. I’m not just saying that; his teachers and the tests have confirmed it. But book smarts only buy you so much in the world. You need (among other things) street smarts too. He’s a little lacking in that category.

On a recent progress report, his teacher noted that Colin “needs to focus on himself and learn to not point out the mistakes that his classmates and teachers make.” After I died laughing, I texted a picture of the evaluation to my husband. And then we both peed our pants and blamed each other for our son’s behavior. (Clearly, this behavior comes from my husband. CLEARLY.)

All laughter aside, I know that I need to help my son with this challenge. He’s going to make enemies fast. The fact that he’s the tallest kid in the class is only going to protect him for so long.

So, shortly after that report card, I sat him down to discuss the evaluation and give him some advice. We discussed how it doesn’t feel very good when other people point out whenever we do things wrong. We discussed techniques for keeping your trap shut when someone else does something incorrectly (unless that someone is about to get hurt). I shared my own struggles and techniques as well.

These lessons I imparted may or may not have stuck; it’s sometimes hard to tell. So I also check in with my son from time to time to see how things are going. And that’s where this short conversation comes in…

Me (nonchalantly): Hey, Colin. How’s that thing going? You know, that thing we talked about? (He doesn’t like certain words and topics so we dance around them to avoid meltdowns.)
Colin (clearly exasperated): “Okay. I guess…”
Me: “Remember what we talked about? How Mommy deals with it?”
Colin: “YES, Mom.”
Me: “So is it working?”
Colin: “What did you say again?”
Me: “Well, I told you that when someone says something wrong, I just take a deep breath and ignore it. I don’t say anything at all.”
Colin: “I know. But it’s SOOOOOOO HARD!”
Me: “I know it is, buddy. I have a hard time too.
Colin: “I bet. ‘Cuz Daddy makes A LOT of mistakes!”

Colin wasn’t wrong there, but I took a deep breath and kept my mouth shut anyhow.