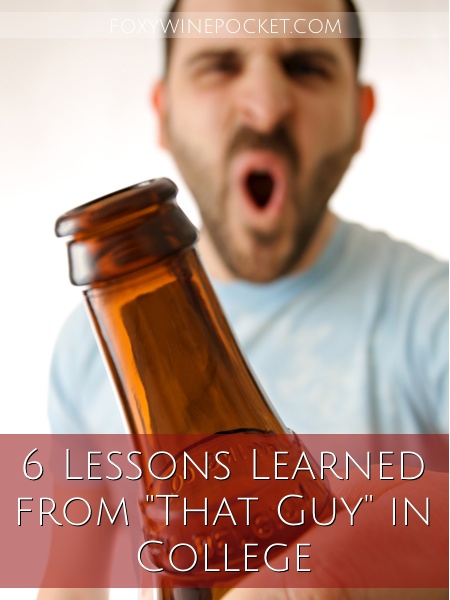 Recently one of my college friends, Birdie (you know, Birdie of We-Had-Dinner-with-John-Waters fame?), came over for a visit. As we worked our way through a bottle of wine, we reminisced about old times, funny stories, and ridiculously stupid shit that we did witnessed in college.

As we were reliving the memories (and laughing so loudly my son came in to shush us), I decided these stories could serve as real-life cautionary tales for my own children. You know, for when I help them transition to university life.

I’m going to entitle this learning series “Don’t Be That Guy.” Here are my first six pieces of advice:

Don’t Be That Guy