I haven’t been camping in over a decade. Wanna know why? Because I hate it. I fucking hate it.

I guess I didn’t always find camping so detestable. I spent my summers in high school working as a counselor at a campground outside of Yosemite. Three full months of that camping shit. In college, I used to personally initiate camping trips on the weekends and during breaks—pitching a tent, hiking, fishing, cooking up my catch—all that crap. Even in my early married years, I actually enjoyed camping as a leisurely activity. 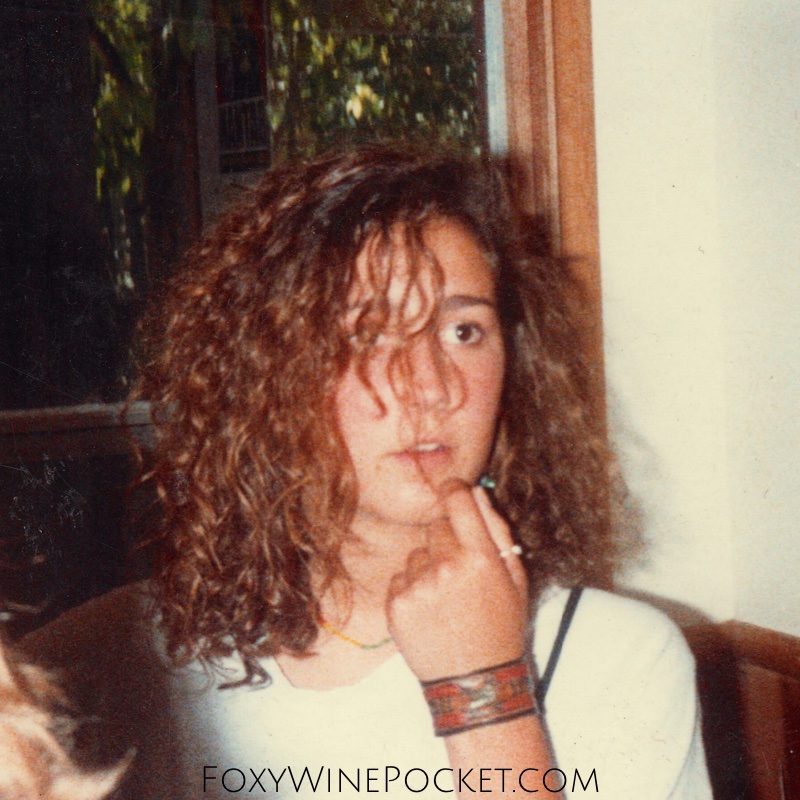 Me, as a camp counselor. Of course that dirty hippy loved camping. Of course she did.

But now? Camping is dead to me.

I guess it’s not so much that I hate camping per se. I just hate all the prep work—planning the meals, shopping for food, collecting supplies, packing the car like a life-sized Tetris game, cooking like a caveman without the proper tools and always forgetting that one essential item. And the dirt that gets in every tiny crevice of my body and inside my drink. And the bugs and the spiders and the human-eating mammals that are everywhere in nature. And not having a hot shower. And sleeping on the motherfucking ground. And the standoff between me and my husband to put the gear away when we get home that lasts so long several colonies of mold flourish and die in our cooler.

OKAY, FINE. I hate everything about camping. PER SE.

The last (meaning both “most recent in time” and “final”) camping trip we took as a family was before my son was born. My husband and I took our daughter out to scenic Mount Hood in Oregon. We wanted to share our love of the outdoors with her and expose her at a young age the camping life. I think I was even excited about trip.

But then she puked in her car seat on the way up the mountain, and I couldn’t get the potato-chip-vomit smell out of my car. And I had to change her diapers in the dirt without a proper hand-washing station nearby. And she didn’t sleep well. And keeping her safe and entertained was exhausting. And she spit out the fish we served.  And… and… AND I COULD GO ON FOREVER.

It was about that time I realized that my daughter would have been just as happy playing in the sandbox at the neighborhood park. And I wouldn’t have had to exert all of this non-existent energy and live in the dirt like an animal. And we could vacation where it was clean and comfortable. Where people cook food for you. And cater to your every need. 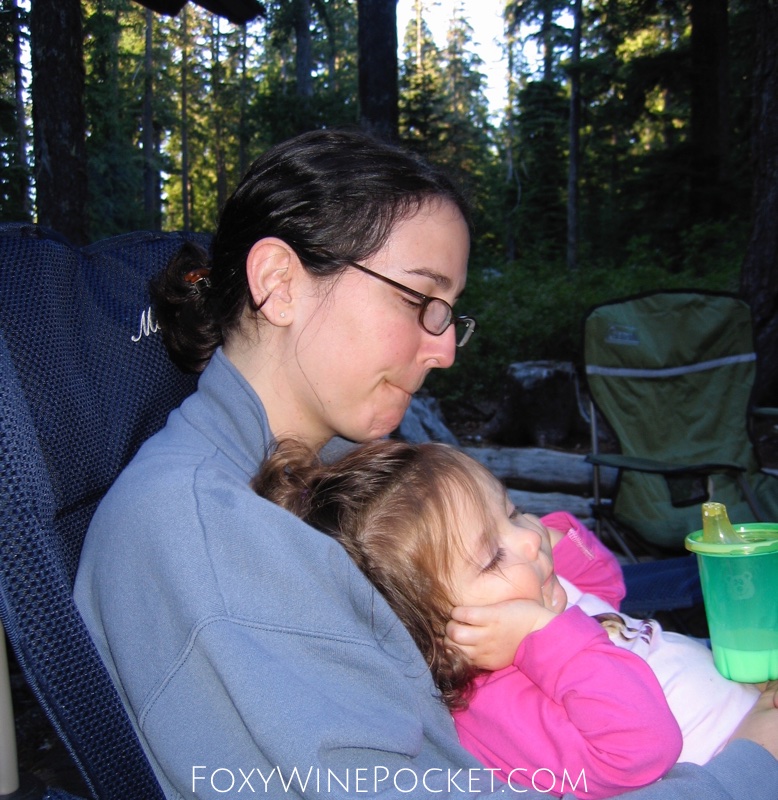 My husband captured the exact moment I realized camping was stupid. 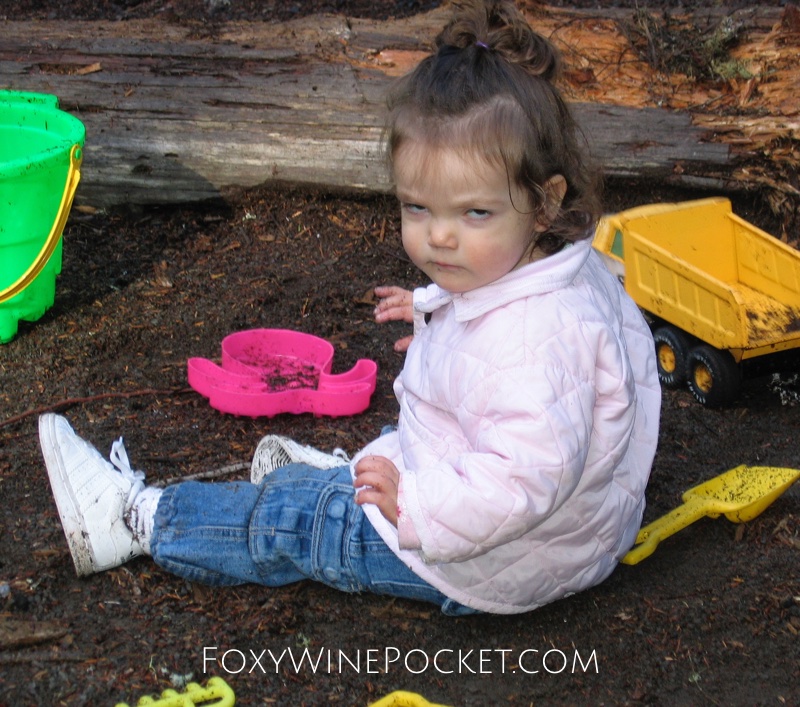 See? Even she knew it was dumb.

On the way home, I told my husband there would be no more camping—at least not until the kids were potty trained. (I was lying.) He was disappointed, but ultimately understood. Changing dirty diapers in the wilderness was a powerful repellant.

After our youngest was (finally) using the toilet, my husband cheerfully brought up the idea of camping that summer. I politely declined and suggested maybe another year. I just wasn’t feeling it yet. (Another lie.) He brought it up repeatedly over the next few years until I finally declared I would not be camping ever again in this lifetime if I could help it. He was crushed. I was finally not lying.

“But Foxy,” you say. “You’re missing out on priceless memories.”

“Fuck that,” I say. “We can make memories in a motherfucking hotel.”

Anyhow, my anxiety-induced purging recently brought me to the garage where I discovered some backpacking gear. Not just regular camping supplies, but goddamn backpacking gear my husband bought when he was delusional, thinking his wife would not just camp again but leave the car miles away from the campground and carry all of our gear on our fucking backs.

I shudder even looking at this picture. Much to my husband’s dismay, this stove has never, ever been used. It’s a pretty nice one too. Not that I give a shit.

So yeah, the camping stove has got to go. It’s taking up too much space in my life and giving my husband a false sense of hope that he will ever achieve his dream of camping with me ever again. I will crush those dreams like tiny heads. I am a dream crusher. (A warm, clean, comfortable dream crusher at that.) 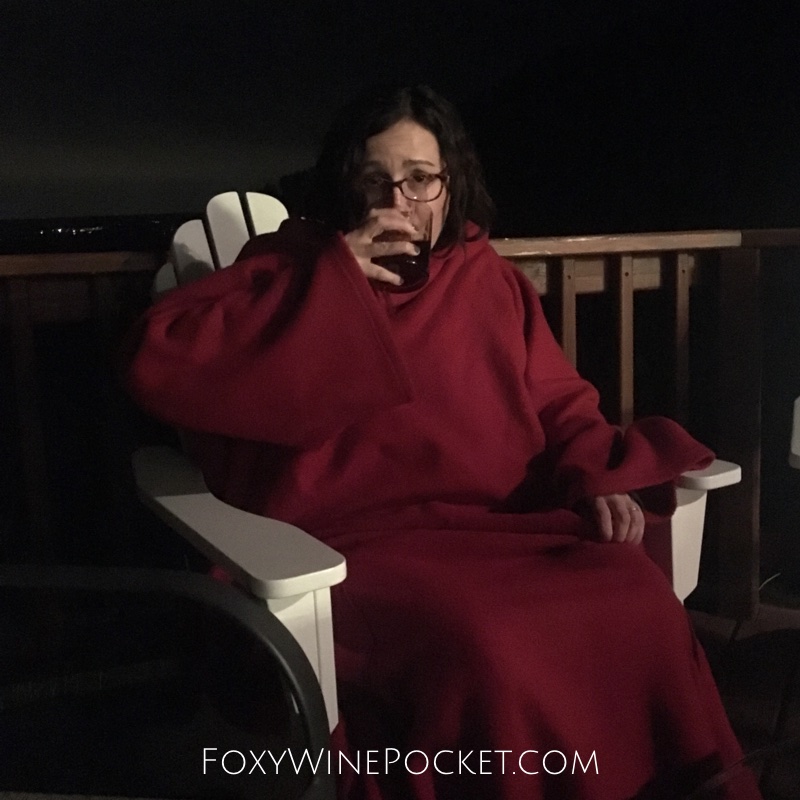 Me, camping out on a beautiful deck in Boulder with my Snuggie and a beverage. Secure in the fact that I had plumbing, a comfortable bed, and plentiful hot water nearby. The only thing that would have made it better was a good book.

Don’t worry. I’ll make it up to him. Not this way. And certainly NOT that way. Maybe I’ll just throw some dirt in his face to remind him how good he has it at home.