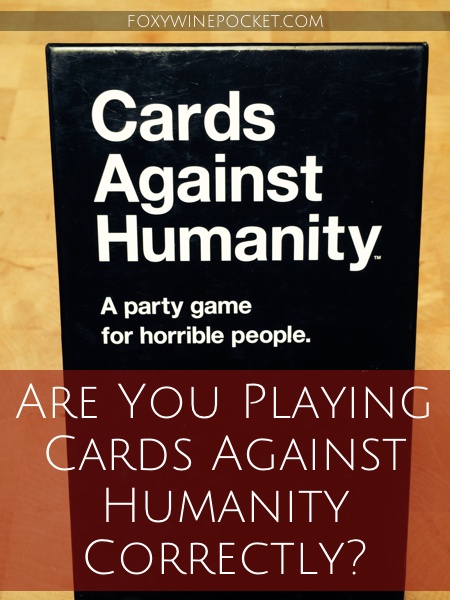 I am a horrible person.

How do I know? Because Cards Against Humanity is my absolute favorite game in the entire world, and it’s “a party game for horrible people.” IT SAYS SO RIGHT ON THE BOX. Ergo, I am a horrible person. But I’m okay with that.

Actually, I’m not much of a game player. I hate ugly competition and mind-numbing repetitive rounds of pointless ladder climbing, passing go and maybe collecting $200, and trying to remember where the frakking cherry card is. I. Hate. It. All. But I love Cards Against Humanity because it truly doesn’t matter who wins or loses. The end result is not the important part. It’s HOW you play the game.

For the uninitiated, here is a basic summary of how Cards Against Humanity is played:

There are some other rules and caveats, but I’m too lazy to actually read the them. I usually show up to the game, pour drinks for everyone, and follow along with whatever “house rules” have been adopted by others (who also didn’t read the official rules).

Based on some recent experiences, however, I’ve come up with some guidelines that aren’t included with the game to help you enjoy your gaming experience even more—to help ensure you’re achieving the appropriate level of horribleness. 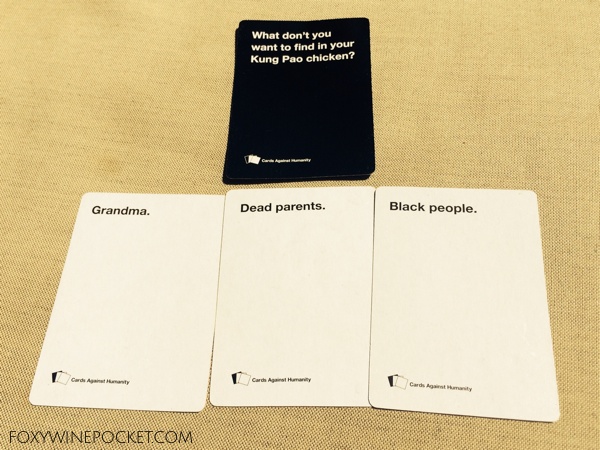 Here’s an actual round that I played with my freighbors (neighbors who are also friends). In an instant, we knew that we were meant to play this game together. 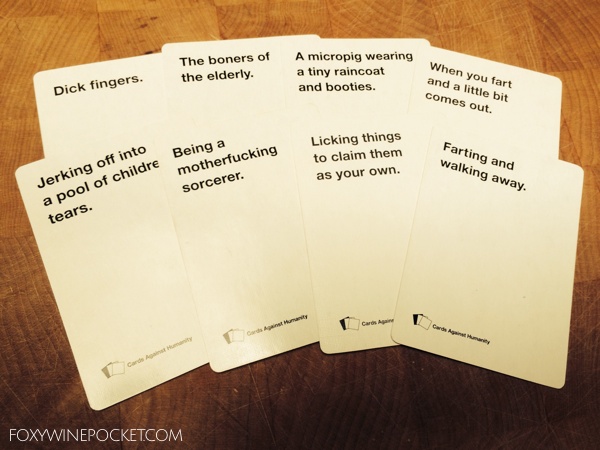 I tried to recreate that hand here. Seriously, how amazing is that?! I will never get it back. Ever. Unless I cheat, which brings me to my next point. 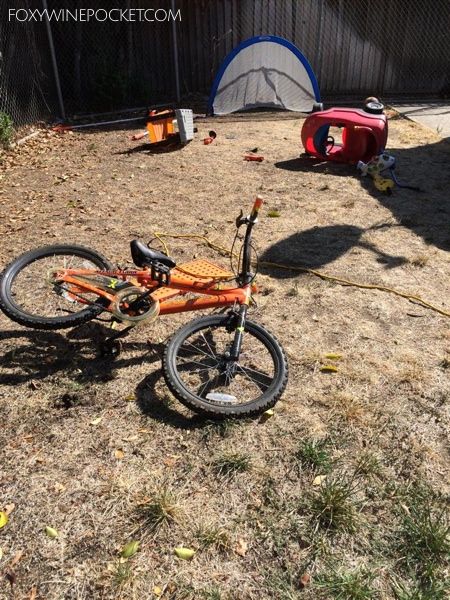 I wasn’t kidding. And I don’t feel ashamed. Oh, and the brown, dead lawn is courtesy the California drought.

That particular game was so incredibly ridiculous that one or two of us (not me, I swear) may have peed our pants laughing. Even the kids came out to tell us to be quiet. Our hostess had to remove herself at one point to check on the kids. Or so I thought. She confided in me the next day that she was laughing so hard that she threw up all of the delicious snacks in the kitchen sink.

P.S., Papa Does Preach, I found this card just for you and Mr. Welcome to the Bundle.

Calm down, Mike and Shelby. It’s just a game.