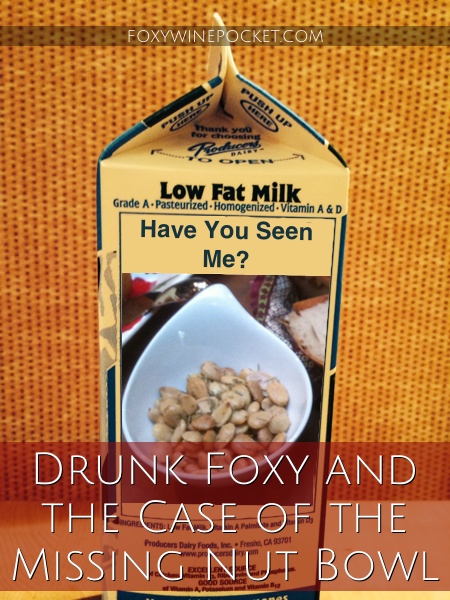 They say you shouldn’t get too attached to material possessions. And, for the most part, I believe that to be true. I treasure people and experiences, not things. There are, however, a handful of items that I’ve lost throughout my life that I deeply miss. Like deeply, passionately, I’m-gonna-write-a-bad-poem-or-a-song-about-them miss. In no particular order, they are:

I’ve thought about all of these items over the years, and I’ve even shed a few tears. But none of them—NONE OF THEM—pains me as much as the loss of my beloved nut bowl.

I can’t remember exactly where I acquired the nut bowl so it may or may not have extreme sentimental value. But, DAMN, it was the best nut bowl ever. So beautiful and functional. Just look at it: 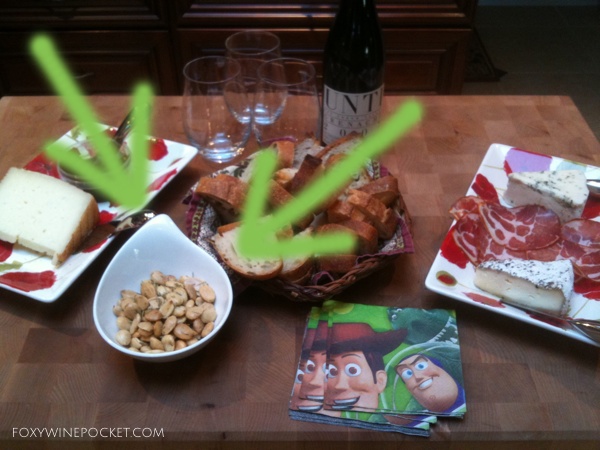 That was a lovely spread we had for our guests, but there’s something off in this photo. I can’t quit put my finger on it…

SEE IT?! THAT’S MY NUT BOWL. It’s right there in the picture (so close yet so far away), caressing my nuts so lovingly. That nut bowl was the perfect size; it held just enough nuts to be hospitable but not so many to seem boastful or gluttonous. The white ceramic showcased every nut in the best possible way, and it never competed with the nuts. And the clean and swooping lines—they invited fingers to grab some nuts.

It seems only fitting that the angle of the bowl in this photo shows a tear. Sigh…

I last saw my cherished nut bowl New Year’s Eve 2012 at my freighbor’s (friend + neighbor) house. I brought the nut bowl filled with bacon bar nuts (natch) to the party. Unfortunately for me and my ability to remain coherent that night, I was under the false impression that the champagne I was drinking was simply champagne. I never actually got my own drink and didn’t know the “champagne” was actually a champagne cocktail with a shot of lemon-basil vodka. (I have anosmia, remember? It affects my taste too.) So three glasses later, I was completely snookered. I stumbled home and promptly passed out on my bed. Missing midnight. Missing the rest of the party.

I don’t know what happened at that party after I left. Maybe someone took my nut bowl with them because they wanted to lick the bacon residue. (Okay, residue is a nasty word. Bacon juice? Remnants? Never mind.) Or they just wanted to enjoy the delicious bacon-y perfume—aromatherapy for the soul. Or maybe someone took my nut bowl home to wash it and then forgot about it. Maybe someone—gasp—broke the bowl because she had too many drinks like I did. Or maybe some asshole just stole it.

I don’t know. But I was (and am) heart-broken. I started asking all of my freighbors about my nut bowl. And texting pictures of the prized nut bowl around the neighborhood. And inviting myself over for coffee under the guise of a neighborly visit and then going through china cabinets when people weren’t looking.

But I could not find my nut bowl.

Grief-stricken, I posted signs in the neighborhood. 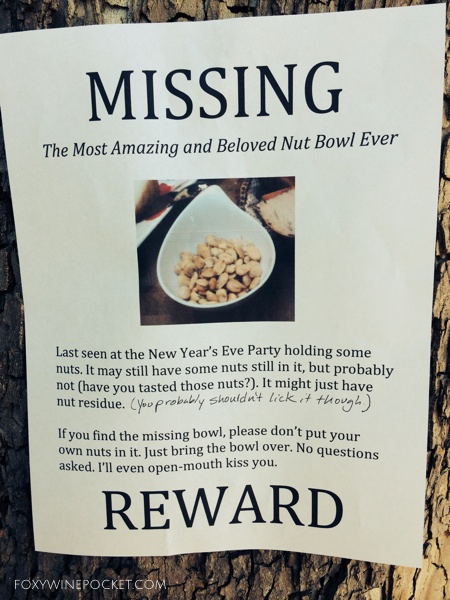 In hindsight, maybe the kiss offer was a little much.

Sadly, I didn’t get any calls about my missing nut bowl. Maybe that was because I didn’t put a phone number on my flyer.

I was a shell of a person. It got so bad that I couldn’t even have normal conversations with my neighbors any more.

Freighbor: “Hey, Foxy! How’s it going?”
Me (a little too loudly): “Have YOU seen my nut bowl?”
Freighbor: “Uhhh, no. I told you that already last week. Like six times.”
Me (with crazy eyes): “WHERE IS MY NUT BOWL?!”
Freighbor (slowly backing away): “Okay, so see you later…”
Me (sobbing): “My precious nut bowl…”

I guess I was getting a little pathetic. I decided that I needed some closure. I would have hosted a proper memorial for the nut bowl, but I didn’t have the actual bowl. So I printed a picture of the bowl and put it on a small toy boat and set it on fire in the birdbath. You know, a Norse funeral. But the picture only burned about halfway before the boat tipped over, and the fire was extinguished by the water. Leaving me with a charred, wet reminder of my precious. 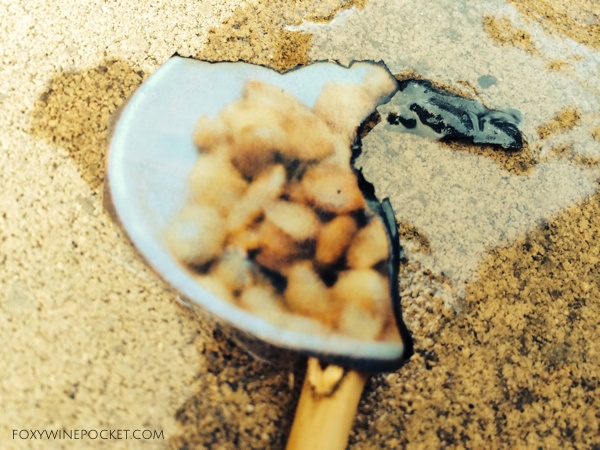 No, I’m not Scandinavian, but I figured why the hell not.

I sulked around the neighborhood, quietly whimpering. Yes, I was so ridiculously pathetic that three of my awesome freighbors even bought me new nut bowls in sweet, yet naive attempts to console me. 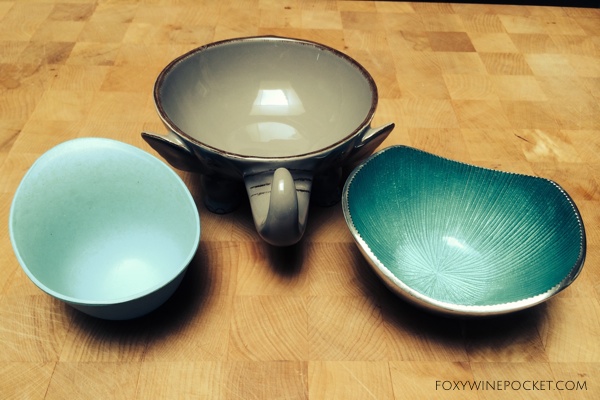 These are lovely nut bowls, but they’re still not as good as the old one.

I’ve used each of these nut bowls, but they’re just not the same. My heart still weeps.

Coincidentally, some of the “freighbors” who also attended that party moved a couple of hours away shortly after my nut bowl went missing. Didn’t Ocean’s Eleven skip town after their Big Heist?

I think a reconnaissance mission is in order. Who’s in?