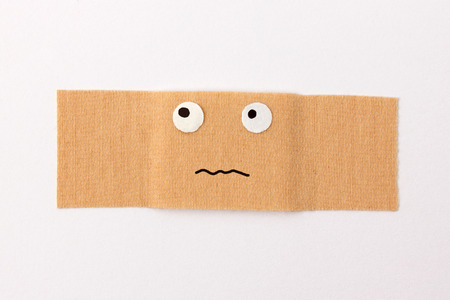 “Bacon is my favorite long food!” At age three, my son gifted me one of my proudest mommy moments:

My child could properly categorize food, and he appreciated one of the most magical flavors in the world.

Not that I’m biased, but bacon really is the best long food. And flat food. And able-to-be-crumbled food. I’ve been known to mix it with nuts. Put it in pancakes. And create an entire dinner party menu in which every single dish—from appetizers to dessert—includes bacon.

To celebrate my son’s newfound enthusiasm for cured pork and to support his insatiable bandage habit (he goes through approximately 20,000 each week), I purchased a shit-ton of, you guessed it, bacon bandages.

My son glared at the box with skepticism. So I applied one to my arm to showcase the glamour. (I may have used jazz hands too.)

He squinted his eyes. “Do they smell like bacon?”

“Well, no,” I admitted. “But they look exactly like your favorite long food! How great is that?”

Naturally, he deemed them unacceptable. “You eat bacon; you don’t put it on boo-boos.”

I sighed, but didn’t argue. He’s a quirky kid, and I learned long ago to pick my battles. No point on debating a child who’s determined to tell the entire world you are pooping. Or who refuses to participate in any extra-curricular activities. Or who won’t let you use the word “shot.”

I tossed the rejected bandages into the first-aid graveyard cabinet, so they could get cozy with Dora the Explorer, Clifford, and the other bandages that were deemed “too polka dotty,” “too shiny,” or “too sticky.”

Not wanting my investment to go to waste, I started using the rejects for my own first-aid needs. Like when I tripped and scraped my knee walking up the stairs. Or when I cut my wrist while trying to carry fifty bags of groceries at once. (It still beat going back to the car.) Or the time I cut my finger trying to uncork a bottle of wine … that was a screw top. (I’m horribly klutzy and require medical treatment frequently.)

For the most part, I don’t even notice the silly designs on the rejected bandages anymore. They’re like badges of honor for surviving being a parent. Badges of motherhood. And they’re way more pleasant than other badges: like snot on your shirt because your kid used you as a tissue. Or crayon markings on the wall. Or random snacks you find in your bra. Which of course you eat.

But those markings are still better than the permanent badges—like c-section scars and stretch marks. Those fuckers suck. I once heard someone refer to stretch marks as tiger strips. Uh, yeah, sure. Whatever gets you through the day.

Unfortunately, that just doesn’t work on me. See for me, it’s not that I mind the sight of my stretch marks. No, sadly for me, my stretch marks go all the way down to my tantalizing triangle. So even with careful maintenance (not of the Brazilian kind), occasional ingrown hairs occur. And those gnarly beasts hurt like mofos.

Recently while I was shaving in the shower—tidying up the forest so to speak—I felt a large bump under the bush. Of course, my immediate thought was CANCER. (I’ve never heard of mons pubis cancer, but I’m sure it exists.) However, upon closer examination, I discovered a grossly inflamed follicle. Rather than letting it grow out or carefully extracting the hair with a needle, I attacked that monster with my fingernails. First I squeezed it like a giant zit. When that didn’t work, I scratched at it in an attempt to thin the skin’s surface. Then I poked at it with my razor until it was a bloody awful gash in my mufflepuff.

Anyhow long story short (and before you start wondering how this story went from bacon to pubic hair), that’s exactly how I ended up with a bacon bandage in my lady garden. After a full day, I had simply forgotten that I put it there.

But my husband found it that night. Apparently rejected bandages aren’t a turn on.