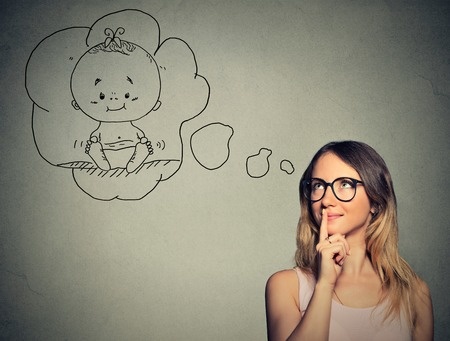 My son’s 4th-grade teacher asked me to describe my son in “a million words or less.” I was tempted to send her my coffee table book about him, along with a bottle of wine and the words “Good luck.”

Ultimately, I decided that post didn’t really do my son enough justice, so I wrote something new. I kept it under a million words, though. Here’s what I sent the teacher:

Colin is a sweet, loving, gentle boy. But he doesn’t fit into a neat little box.

He still holds my hand, hugs me, and tells me that he loves me every day. He does the same with my husband.

Home is his very favorite place to be.

He is crazy smart, and his memorization skills rival those of Rain Man. At the same time, he prefers to be lazy if given the opportunity. He has been known to put forth the minimum effort required. He sometimes skims over directions. He works furiously (but not always meticulously) so he can return to “fun” things.

Colin is incredibly sensitive. He does not like to be made fun of, be made an example of, or be the center of attention. He has a hard time distinguishing between someone laughing with him and at him.

He loves dogs. And cats. And goats. And every animal really. But especially dogs. He told me that if he had millions of dollars, he’d open an animal sanctuary and assign a butler to each animal. He’d also buy video games and candy, but he thought of the animals first.

He loves to read. But he forgets that fact sometimes. It’s that minimum effort thing again.

Colin doesn’t like competition. He doesn’t like it when winners gloat. Or when people lose. He wants everyone to win. Unless it’s his sister. Then he’ll be the first in line to take her down.

He doesn’t like change, new experiences, or anything foreign to him. He probably won’t volunteer to do something in the class that he hasn’t done before. He needs to watch and process things before he feels comfortable participating.

He’s a quiet boy. Until he is comfortable. Then it’s hard to shut him up.

Colin is the opposite of an adrenaline junkie. He doesn’t like roller coasters, shots, scary movies, when people get in trouble, vegetables, plane rides, or really anything fearsome.

He’s experienced a lot of death in his nine short years: a great uncle, an uncle, four cats, and two dogs. He takes loss pretty hard, but grieves openly and healthily.

He has an aversion to physical activity and has never once voluntarily participated in any team sport. Miss Willow is some kind of sorceress because he actually enjoys PE.

He loves computers, video games, and the Internet. We hope to channel that passion and turn him into the next Bill Gates.

Colin is an introvert and needs alone time to recharge. He will remove himself from a group of people in the middle of a gathering. He will walk along the edges of the playground during recess. He will retreat into himself when he becomes overwhelmed. And that’s okay with us.

He loves imaginary play. He talks to himself and acts out all sorts of scenes in his mind. When I punished him and took away all of his favorite toys, he told me, “Mom. You may have cancelled fun today and taken away all of my toys, but there’s one toy you can’t take away.” And then he pointed to his head.

He loves creating art and writing stories. He has already written several comic books. (But he prefers technology.)

He has a strong sense of fairness and justice. He doesn’t like when people cheat, when people don’t get a turn, or when things don’t go his way.

Colin is funny. And he loves being silly. His sense of humor can be off the wall.

He’s extremely curious about the world. He asks a lot of questions. He wants to know the answers to everything. For my own sanity, I showed him the magic that is Google very early on.

He’s very rule oriented and very black and white. We’re working hard to help him see shades of grey (not the movie), not correct others when they make a mistake, and be more flexible when things don’t go as planned or anticipated.

He’s quirky. And a little socially awkward. I’ve got money on him growing up to be an engineer.

Colin will wear pajamas in public, mismatched clothing, and finger nail polish. He likes what he likes, and he doesn’t really care what anyone else thinks. He is totally unaffected by other people’s opinions and standards. I’m going to miss this quality when/if he outgrows it.

He can be a sneaky little #@$&! He steals cookies. He started his own YouTube channel (behind our backs—and was devastated when he got caught). He would never do that at school, but I think it’s interesting because it shows he can break rules and take risks despite his sometimes-rigid personality.

Colin is a sweet, loving, gentle boy. We hope you enjoy him as much as we do.

How would you describe your child in a million words or less?